This type of search requires an enormous amount of planning as it requires the facility to be locked down, but at a prison as unique as MCI-Norfolk, it’s nearly impossible to conduct a typical lock down due to the type of housing units and operational requirements.

MCI-Norfolk inmates eat in their housing units and the food is delivered to the units through a series of tunnels and dumb waiters.  In addition the cell doors in most of the units aren’t typically locked, so it’s more difficult to restrict inmate movement and the special operations officers rely on the facility officers to maintain security so that the search can be conducted in a safe and effective manner.

In order to search a facility the size of Norfolk, it takes a number of days and a lot of resources.  Inmates are thoroughly searched, mattresses and other property is passed through a fluoroscope machine and x-rayed, and anything that can be moved, disassembled or crawled into is searched by special operations team members.  Hand held metal detectors are used to search yard and garden areas for weapons and other contraband.  Tactical K-9 officers utilize drug and cell phone detection dogs to search offices, cells and common areas for contraband.

As a result of the comprehensive search, MCI-Norfolk is a safer facility.  Often when inmates realize that a shakedown is occurring, they will destroy or flush contraband down the toilet, so as not to have it discovered in their possession.  Either way, the results are the same, because the contraband is removed from the facility.  There were a number of weapons, drugs and other contraband discovered during the search.

One of the more interesting finds was the discovery of books of stamps that had been hidden in canteen items.  Stamps can be used as currency inside the prison and can be turned in for cash on a number of websites such as www.cash4urstamps.com.  These sites offer cash for certain types of postage stamps.  Forever stamps are typically the most valuable.  Large caches of stamps are sometimes used to settle gambling or drug debts among prisoners.

These types of shakedowns are not done often because they are resource intensive, but they do serve as an important tool for running safe and secure prisons.  Kudos to all the staff that helped to make this search a success. 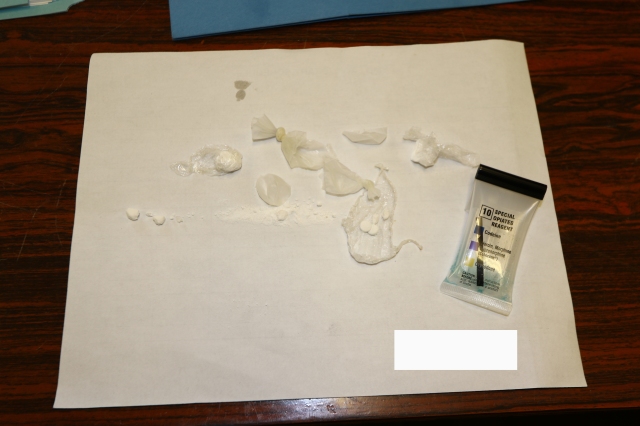